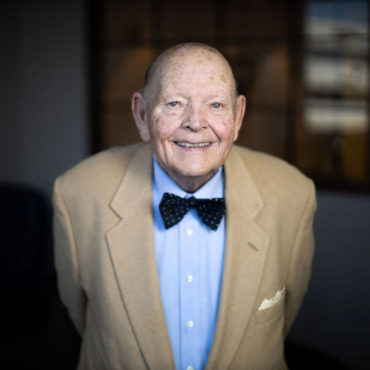 J. Hamilton Lambert was born and raised in the Virginia Piedmont Horse Country of Loudoun County, outside of Washington, DC. Mr. Lambert was educated in Virginia and began his government career in Fairfax County in 1959. Mr. Lambert held over twenty positions in the Fairfax County Government and spent over 14 years as either acting or permanent County Executive. He has been with the Claude Moore Charitable Foundation since the beginning as the first Executive Director.

Upon his retirement in 1990 from the position of County Executive of Fairfax County, Virginia, Mr. Lambert founded J. Hamilton Lambert and Associates, providing a range of customized management and consulting services to governments, businesses and individuals. The firm’s areas of expertise include, but are not limited to, management reviews, strategic planning, organizational development, acquisitions, conflict resolution, financial services, engineering, and real estate research and evaluation.

Mr. Lambert has received over 100 awards, including Washingtonian of the Year, being named one of the Country’s Top Two County Executives by City and State magazine, the Washington Metropolitan Council of Governments’ Top Award, Citizen of the Year in both Loudoun and Fairfax, and an Honorary Doctorate Degree from George Mason University.